Tatsfield is a Fairtrade village. What is a Fairtrade Village?
What is Fairtrade?   Fairtrade is an alternative approach to conventional trade and is based on a partnership between producers and consumers. It is not a charity. Follow the links here to find out about standards, certification, labelling, products and producers. 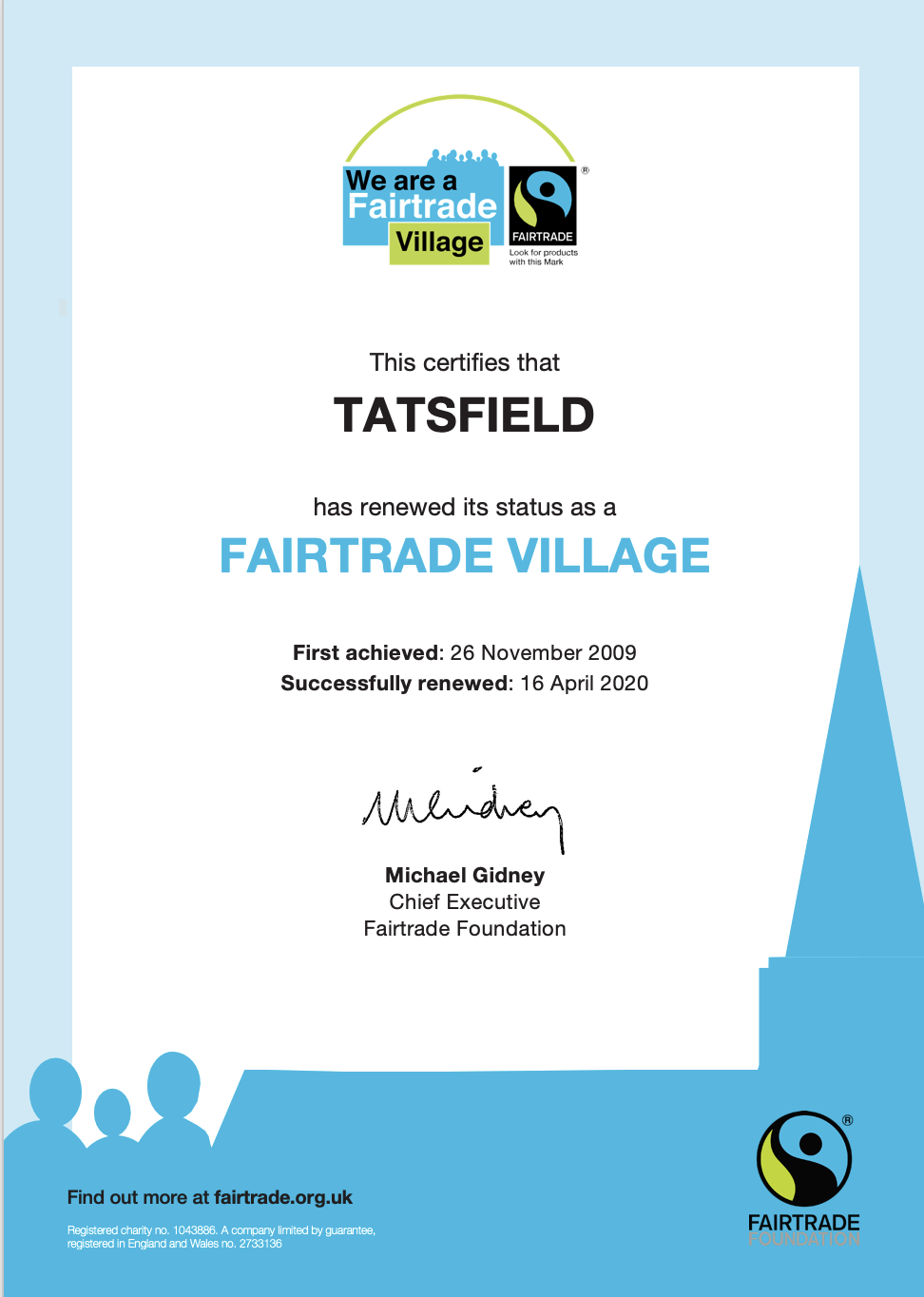 Barbara Hester joined the quarter century  celebration organised by Fairtrade London.
After the event, a photo was taken with an enormous inflatable Fairtrade banana on the steps of St Martin’s in the Field.  The banana was then paraded through the streets of London on the Food, Farming & Climate Justice March.

If you worry about the human & environmental costs of your phone you may be interested in a phone which doesn't involve war, murder, rape & child labour.
The Guardian reported in September:
If flashy features aren’t your primary driver, the Fairphone 3 offers something others can’t: being ethical.
Made by a Dutch co-operative, the Fairphone 3 is the most repairable phone available,
It’s also produced in the most fair way currently possible, including ethical sourcing of raw materials where possible and bring made by people paid a living wage. Some materials cannot currently be sourced from conflict-free zones, so the firm has various schemes in place to help solve these issues, having succeeded with a Fairtrade gold initiative.
The phone isn’t bad either, with simple, bloat-free Android software, a Qualcomm Snapdragon 632, 4GB of RAM, 64GB of storage plus a microSD card slot and a 12-megapixel camera on the back.
Fairphone 3 isn’t just another smartphone: it’s an entirely different way of thinking about how a phone and its creation fits into the world.
There's a wider report on the ethics of mobile phones here.

Have you seen this wonderful Fairtrade Recipe Book?
It's full of recipes brought in by Tatsfield School children.
It costs just £10 with every penny going to the school.
It's available from the School Office
or you can contact the Fairtrade group either by using the form below
or by emailing tatsfieldfairtradegroup@gmail.com.

Would you be interested in low priced food sourced from around the world?
Find out more by watching this video.